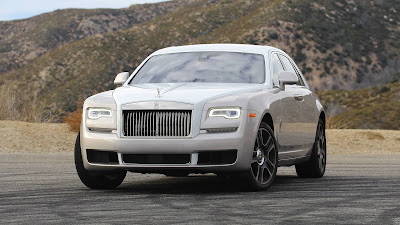 Dubai is widely known as the Middle East's capital of excess, a state was where money and lavishness reign supreme. Dubai's unfathomably high skyscrapers, reaching into the clouds, are matched only in size by its vast, sprawling shopping malls and its residents' bulging bank balances. It's renowned as a playground for the rich, a place where entire communities of ex-pats enjoy the trappings a tax-free haven can offer.
While it is known today more for its fast cars and life of luxury, it was not that long ago that the city was as familiar with camels and shows as it is now with Rolls Royces, Ferraris, Mercedes Benz, and indoor ski slopes. Dubai was a small fishing settlement when it was taken over in 1830 by a segment of the Bani Yas tribe from the Liwa Oasis. By 1892 foreign traders had begun to flock to Dubai after the emirate declared they would be exempt from tax. As a result, the population doubled and the burgeoning pearl industry started to boom.
The rapid growth in the physical and economic sectors of Dubai has raised important challenges to the city’s transportation system; Dubai, especially, uses a variety of modes of transport and has spent billions of dollars on building a modern city that aligns with the development of the world. Someone stated that the total number of cars in Dubai in 2012 was 1,021,880 and that by 2020 the number of private cars is expected to be 1.5 million. Europeans who visited Dubai were likely to use private or rental cars as their most preferred mode of transport, more so than using busses. The second generation in Dubai has raised the issue of Luxury Cars Rental, no doubt it is a state where rich is richer. He can spend all his money on his peace of mind and showing off. Visitors from all over the world visit this state to participate in race competition, which has also increase the awareness of supercars.
Recently, the third generation has made it possible to differentiate themselves through means of car. Therefore, the demand for these luxury and exotic cars in Dubai also called hypercars because of their high performance, has been raised either it is private or rental.
Exotic cars are the most expensive, high speed and rarest cars. In the recent era, supercars are not a new phenomenon. There is always been an inventor who always tries to build a high-speed car with high-performance engines. Dubai has always been marked as a state of having the most luxurious and exotic cars. Rental car services in Dubai has speedup the demand and curiosity for exotic cars. Dubai is famous for its high living standards, and to meet up, with those standards and lifestyle its people always tried to keep themselves as remarkable ones among others. cars reflect their personality, their lifestyle, their norms and values. To cope up with these standards, Rentak provides its customers to meet their standards through reliable and easy access to luxury and exotic cars in Dubai. It offers a variety of supercars such as Ferrari, Rolls Royce, Lamborghini, range rover, Porsche. Cars that fulfill their mental level. In compulsion, their fast engine with boost technology has made it possible for the third generation to handle them in a safe and secure way. Rentak is a gateway where you can take these luxury and exotic cars, these include,
Ferrari is an Italian luxury sports car manufacturer based in Maranello. Founded by Enzo Ferrari in 1939 out of Alfa Romeo's race division as Auto Avio Costruzioni, Ferrari is always known as the hypercar also called exotic cars because of its hyper-performance. In recent years, it has a minimum of 8 different models which are considered as supercars. There are car models from 2016 here which can be given on a rent basis. On the other hand, Lamborghini has spent decades as the purveyor of drool-worthy supercars that are more commonly seen on bedroom posters than actual roads. For the last 10 years, Lamborghini has grown so fast in the world of exotic cars. There is no doubt it has crossed many others in speed, performance, and shape. Rolls royce is another considered exotic because of its innovative and luxurious interior and high-performance comfort. It has a unique and royal image in the mind of its lovers. The lover of this car hardly goes for another one. In the United Arab Emirates, Arabs always appreciate high standards. Rolls Royce is a term that meets their standards and expectations. It improved from generation to generation. It is a symbol of differentiation. Porsche is also another name in the world of exotic cars where speed and luxury style meet at a point. It has differentiated itself by providing high standards at comparative low prices. The Bentley Continental GT is a grand tourer manufactured and marketed by British automaker Bentley Motors since 2003. It was the first car released by Bentley under Volkswagen AG management. Bentley Motorsport first entered development races with the Continental GT3 before starting full competition in the Blancpain GT Series in 2014 after completing FIA homologation. The tourist from all the corners of the world’s Rome about all the spots in Dubai. This car with affordable rent can make their plan plans more determined and comprehensive. In the word of luxury and exotic cars, the range rover is also accountable for its dynamic body and luxury interior. Its comfort level always appeals for long and thrilling drive experience. In Dubai,s where This is the era of competition where inventors always try their best to differentiate themselves from every aspect from another. The young generation now a day is keener towards luxury cars. It has now become their priority of having a luxurious car. Considering their love for cars, rentak provides all kinds of luxury and exotic cars for its customers. Our priority is to provide an endless service to our customers where they can reflect their love for cars.
Exotic Car Rental Ferrari Rental Lamborghini Rental Luxury Car Rental Mercedes Rental Porsche Rental